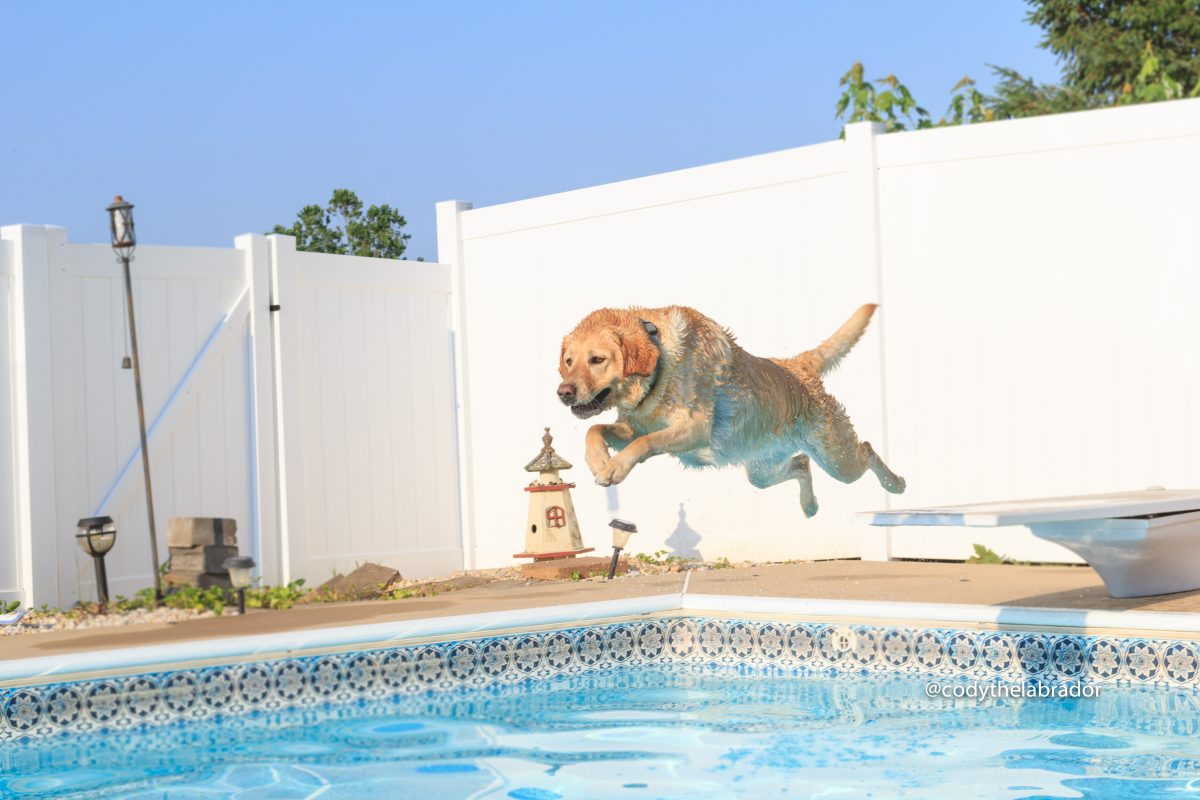 I know many of you would say that dogs, especially Labrador Retrievers, are born swimmers, so we don’t have the need to teach them. For me, that’s not the case. I’ve met plenty of dogs that are supposed to be water dogs, but they don’t even like being near the water. One great example is my other dog, Sparky. You probably noticed by now that he doesn’t like jumping or getting in the pool like Cody does. We adopted Sparky last year, and he was 9 years old. I’m not sure what his background is, but I’m certain he was never around bodies of water.

Anyway, I introduced Cody to the bodies of water when he was just 11 weeks old. Fall was just starting when we got him, so our pool was already closed at the time. We had no choice but bring him to the park with rivers in it so he can play a little bit. 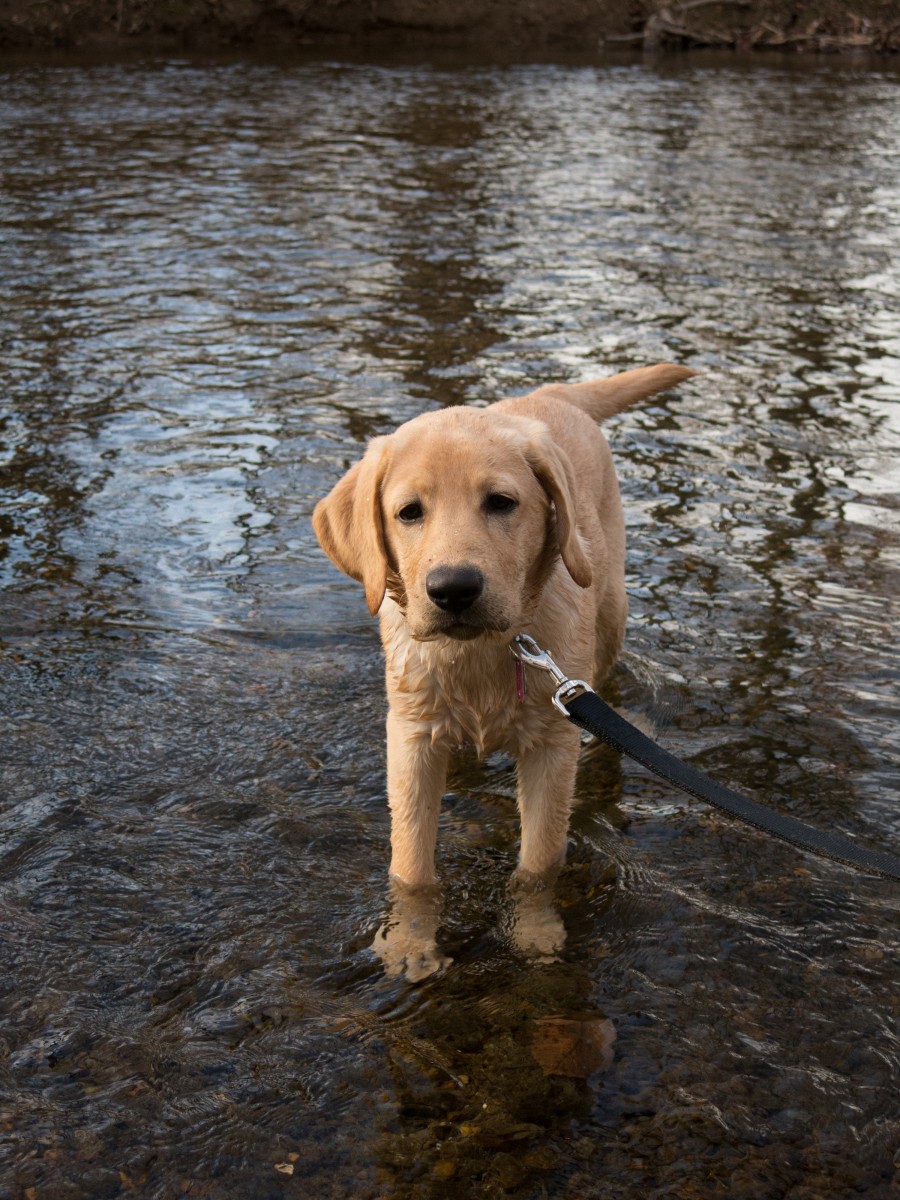 We just walked him around the river in the park, and let him play there. We threw sticks since he was already interested in those. We gradually introduced him in the deeper part of the river when we knew he was getting used to it.

At some point, he realized that the water wasn’t too bad. He learned how to swim in the river. There was a point where my husband accidentally threw a stick in a very deep part of the river with a 5-foot drop from a clip. Cody ran to it and probably went under to get that stick. We thought we lost him, but lo and behold, he was there, all proud that he got his stick! Haha.

When pool opening was starting, we gradually introduced him in the pool, starting from the steps. But I think he associated the river with the pool, so he didn’t mind jumping in.

Well someone is stopping me from cleaning our pool. 😭😂

If you have any questions, tips, or want to say hi, just please comment below. Thank you!

Disclaimer: I am not a dog trainer. This is based on my experience on how I trained my dog, Cody. There may be better dog trainers who can show you how to do it in a more fun and safer way. 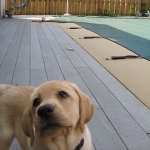